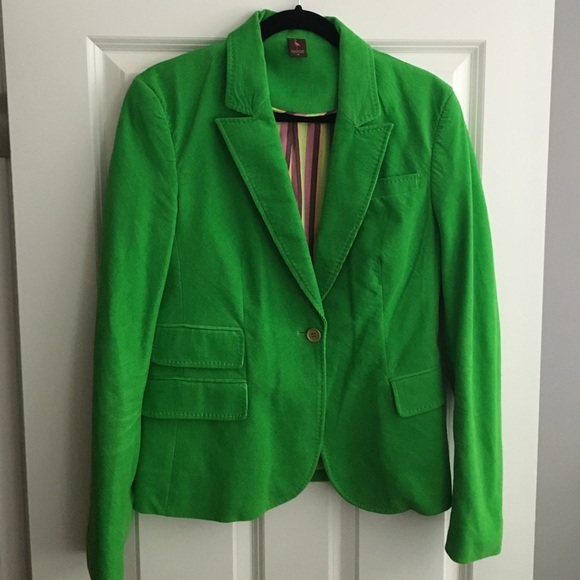 The price tag on the Astroturf-colored sports jacket read $5.00.  But who would want such a garish green blazer?  It was in good condition and the shopper in the Canadian second-hand store thought there was something special about the coat so he pulled it off the rack, paid the clerk, and took it home.

Later, someone noticed that the jacket was the same color as the jackets that members of the Augusta National Golf Club have.  But members are not supposed to leave the club grounds with them.  These green jackets are also given to winners of the Masters.  Augusta officials confirmed that the jacket is authentic but its origin is a mystery.  They traced it to the 1950s but any tags that indicated ownership had been cut out.

The coat has changed hands since it was purchased in 1994 and recently was sold at auction for $139,348.80!  Of course, the value of the jacket does not lie in the material of which it is made.  It comes from the significance of its origin and heritage.  In the hands of someone who cherished that green jacket, it was worth 27,870 times the price tag in the thrift store.

In some ways, we Christians are like that green blazer in the second-hand store valued at $5.00 by the world.  Unbelievers may see us as people of little value, as second-class citizens.  Paul stated how he and other Christians were being treated, “We are afflicted in every way, but not crushed; perplexed but not despairing; persecuted, but not forsaken; struck down, but not destroyed; always carrying about in the body the dying of Jesus, so that the life of Jesus also may be manifested in our body” (2 Corinthians 4:8-10).

Paul prefaced the above statement with, “We have this treasure in earthen vessels” (2 Cor. 4:7).  What treasure?

The treasure of being servants of the new covenant (1 Cor. 3:6).

The treasure of proclaiming the glorious ministry of the Spirit (1 Cor. 3:8).

The treasure of communicating the ministry of righteousness to the world (1 Cor. 3:9).

The treasure of having the Holy Spirit Who gives us liberty (1 Cor. 3:17).

The treasure of being transformed into the likeness of our wonderful Lord (1 Cor. 3:18).

The treasure of being able to tell others about Christ Jesus our Lord (1 Cor. 4:5).

We are the earthen vessels.  Whatever treasure that is within us comes, not from us, but from God.  Although others who can only look at us from the outside, may not consider us of much value, to the One Who cherishes us and fills us, we are priceless.

So as Jesus, Who is the Light of the world, exhorted His followers, “Let your light so shine before men that they may see your good works, and glorify your Father Who is in heaven” (Matthew 5:16).

Join us for dinner and evening services.
View Calendar
Add